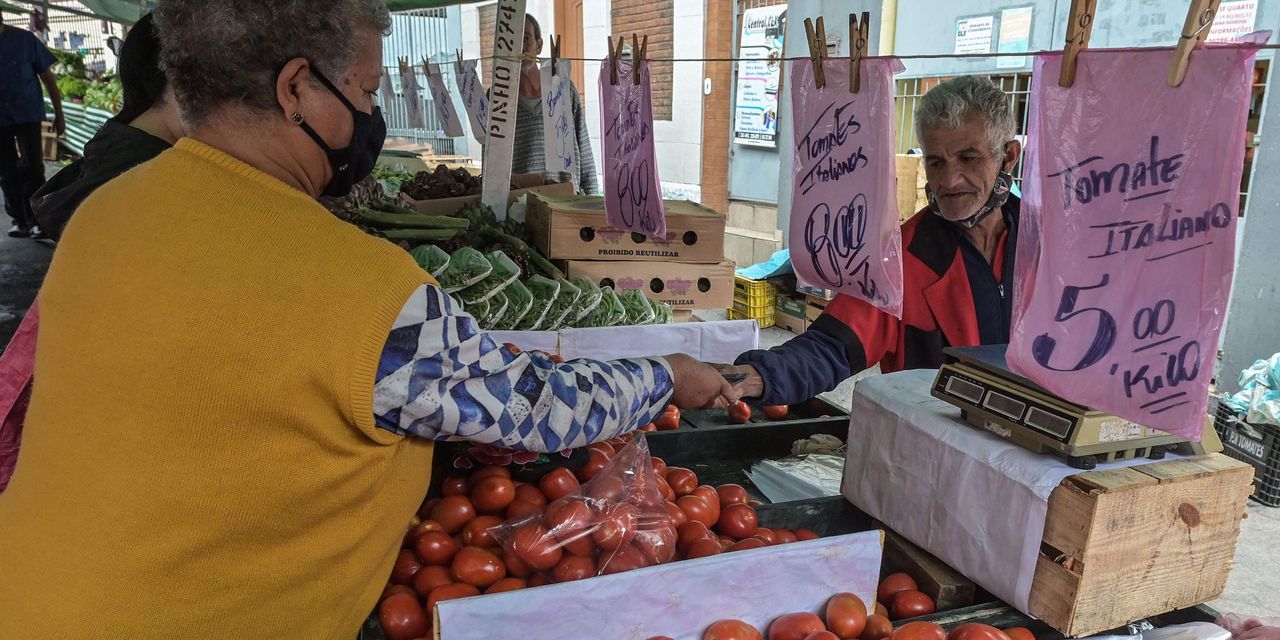 SÃO PAULO—Brazil has become the latest country to emerge from the worst of the pandemic only to face its highest inflation rate in years.

Prices rose in September at the fastest pace for the month since 1994, while the 12-month figure reached 10.25%, returning Brazil to double-digit inflation for the first time in more than five years, the country’s national statistics agency, IBGE, said Friday.

Countries from the U.K. and Canada to Indonesia and other parts of the developing world have struggled with rising consumer prices as life begins to get back to normal with Covid-19 cases dropping. As businesses open up and more people begin to travel and spend again after widespread vaccination campaigns, energy prices have soared and supply bottlenecks have boosted inflation.

Brazil’s soaring prices come as a warning to Latin America that the region’s relative success in vaccinating swaths of its population could be rewarded with an inflation shock, economists said.

“Just about every country across Latin America has had a significant increase of economic activity,” said Alberto Ramos, an economist at Goldman Sachs. “The high level of immunity allows life to get back to normality, and that puts pressure on prices that were depressed during the pandemic, especially services.”

High acceptance of vaccines across the region has allowed governments to quickly immunize their populations as global supplies of Covid-19 shots become widely available.

About 72% of Brazilians have now received at least one vaccine dose, more than in the U.S., where 64% have gotten at least one shot, according to Our World in Data.

Consumer prices have risen in the past month in Mexico, Chile, Colombia and Peru, paving the way for further interest rate increases across the region. In Chile, 12-month inflation reached 5.3% in September, while it is above target in Mexico at 6%. In Colombia, the 12-month rate rose to 4.51% last month.

In Brazil, local factors have added to inflation woes, which have been particularly hard on the poor, who have also suffered from soaring unemployment during the pandemic.

Inflation has broader political implications in Brazil, where older generations are still haunted by the memory of punishing hyperinflation in the 1980s and 1990s. Rising prices mean that many poorer voters, who supported President

in the 2018 election, could put their faith once again in a leftist leader, former President

A severe drought, the worst in almost a century, has dried up hydroelectric reservoirs, forcing the country to switch to more expensive thermal plants. Hydropower now represents about 70% of power generation.

The price of electricity rose 6.47% in September from August, and it is up almost 30% over the year. With the price of cooking gas also soaring about 35% over the year on the back of higher global gas prices, many poor Brazilian families have taken to cooking their meals on open fires, risking accidents and respiratory problems.

The drought has also hit crops and cattle feed, driving up the price of meat by almost 25% over the past year and the price of rice, a staple for Brazilians, by more than 11%.

Appeared in the October 9, 2021, print edition as ‘Brazil Returns to Double-Digit Inflation for First Time in Years.’